Earlier in April we announced (under: Forthcoming Changes) that our SysAdmin team would be undertaking heavy maintenance work to our network and hardware at various hosting facilities. On Wednesday 25th April, at 7:30am BST, maintenance work will begin at the facilities which host some of our USA worlds. On Tuesday 24th April, at 12:00pm BST, we'll be changing most of the impacted worlds that have activities restricted to them on to another world so they are still available during the maintenance window.

On Wednesday 25th April, at 7:30am BST, 22 USA-based Old School RuneScape worlds will be offline for a period of 8 hours. You'll be able to continue to play on worlds hosted in other locations during this time. We do appreciate your patience, whilst it might not be ideal to play on a world hosted elsewhere, the maintenance work is essential. 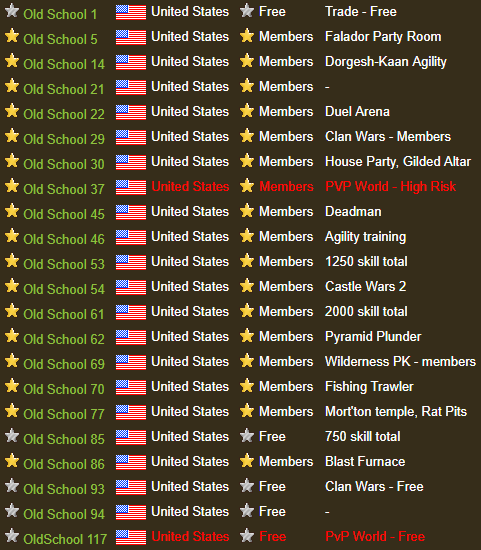 To ensure most world restricted activities are still accessible during the maintenance window, the following changes will be made on Tuesday 24th April at 12:00pm BST:

The above changes will remain in place until the game update on Thursday 26th April, after which point all worlds will return to their usual world number.

There is planned maintenance for worlds hosted in other locations, and we'll continue to inform you well in advance.