We’re looking to the skies this week for the arrival of Shooting Stars - a blast from the past RuneScape activity from 2008 that’s been brought back and Old School-ified. We’ve also tweaked a few demons and devils and made adjustments to the Corporeal Beast. Cosmic! 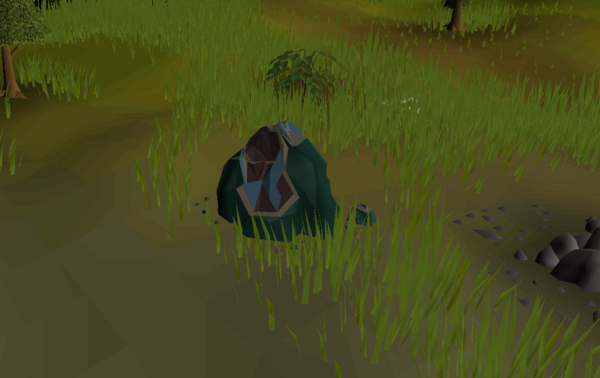 Shooting Stars are landing all across Gielinor! These wondrous objects can be mined for rewards, and players can use telescopes to figure out when and where they might land. This is one of the new types of activity we're calling 'Distraction and Diversion' (Treasure Trails and Champions Challenge are also now in this category, rather than being classed as minigames).

On every world, a Shooting Star will fall at a random spot selected from a predetermined list. This happens roughly every two hours, with a variation of up to 15 minutes to stop them from being too predictable. Read on to find out how to track them, and why it's worth the chase...

A Star (Hunter) Is Born

A lot of you will find Stars by just happening upon them on your travels. However, dedicated hunters can use the telescope in their Player Owned House to determine the rough landing location. Different telescopes will offer varying levels of accuracy.

Sounds easy? Actually, your telescopes will only point to the general region where a Star will fall, so you still need to search for the exact spot. 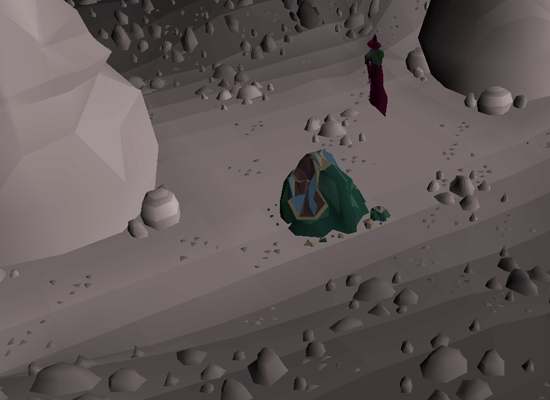 Here's a list of the assorted landing sites. You'll notice that a lot of them are near Banks or Mining spots - handy! We want this update to complement your gameplay as much as possible.

Shooting Stars was originally for RuneScape members only, but in Old School they will land on F2P worlds too! However, without access to a telescope, players will have to find Stars by chance. Additionally, Stars may still land in non-F2P areas on F2P worlds, rendering them out of reach.

Stars will offer 50% of the usual value on F2P worlds, and as the Reward Shop is not available, XP will be the only benefit. However, Stardust (see next section) will still be given on F2P worlds. It's a good idea to save it up ready to be used should you ever decide to become a member!

Once a Star has landed, it is ready to be mined.

The landing times of the last five Stars will also be listed on a board in the Observatory, along with the names of the players that found them.

Fallen Stars come in nine different sizes, and a Star can be any size when it lands. Each has a different Mining Level requirement calculated at the size x10.

Mining any Star will reward players with Stardust, an untradeable currency that can be used to purchase a variety of untradeable rewards. Each size can be mined for a different amount, and once depleted it will shrink to a smaller size. Every time some Stardust is mined, Mining XP is awarded as well as the chance to also receive gems, clue geodes and the mining pet.

In addition to all the lovely Mining XP, players can also use their Stardust to buy rewards! Dusuri, a Dwarf found in Falador just outside the Mining Guild will happily take your Stardust in exchange for items. He appears on both P2P and F2P worlds.

This untradeable ring will give a hidden Mining boost of +4 when worn. This stacks with other invisible boosts. It will also be chargeable with Stardust. Each Stardust will add one charge up to a max of 10,000 charges. When charged, the ring will have a 1/10 chance of giving an extra ore when mining, and this extra ore will reward the normal XP amount when mined. Extra ore can emerge at any rock where the Mining Skillcape has a chance of giving it. Every time ore is mined from a suitable rock, a charge will be lost from the ring.

The ring can also be combined with an elven signet to create the Celestial Signet, which grants players the effects of both items. This will require 70 Crafting and Smithing, 100 Crystal Shards and 1,000 Stardust. Players without the requirements can pay Conwenna or Reese an extra 50 crystal shards to combine the items for them. This process is not reversible, and the combined ring would be untradeable.

These can be used on any piece of the Prospector Outfit to recolour a specific piece gold. 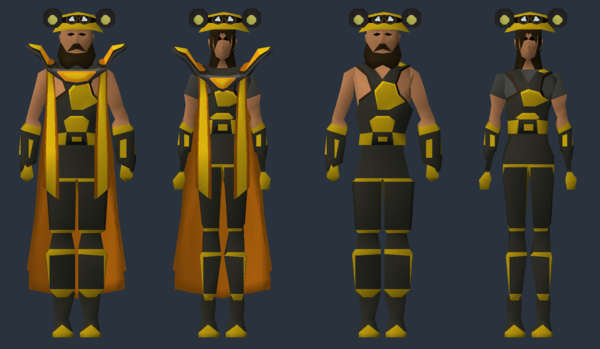 Contains gems - but which ones? Works like any other Bag Full of Gems.

A pack containing 100 pieces of soft clay. Works like any other Soft Clay Pack.

After successful polling, we are updating the Bolt Pouch interact! These tweaks should make it much more user-friendly: 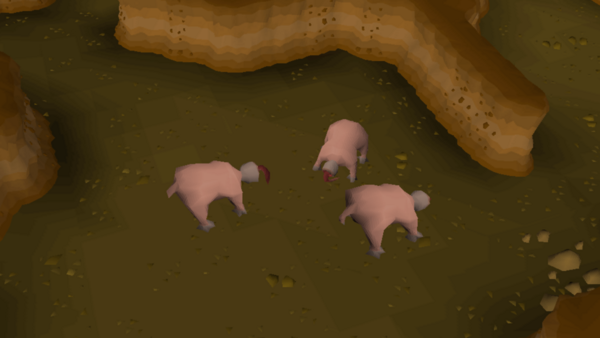 We've made some changes based on the results of Poll 74!

The following demon-like monsters have been tagged as demons:

There is now a small chance of receiving bird's egg nests when emptying a full birdhouse.

Thermonuclear Smoke Devil now has a tertiary roll for the Jar of Smoke.

Players can now make Dark Flippers! Visit Patchy the pirate in Mos Le'Harmless to combine the Dark Claw from Skotizo and Flippers from Mogres! 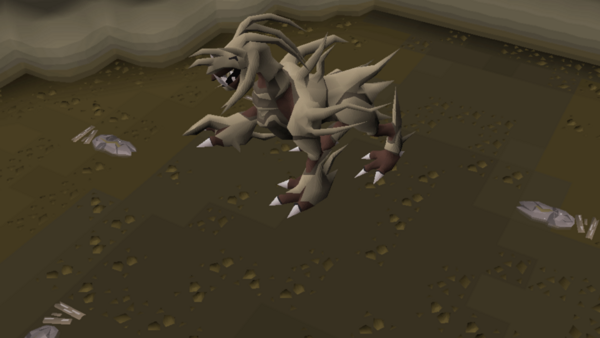 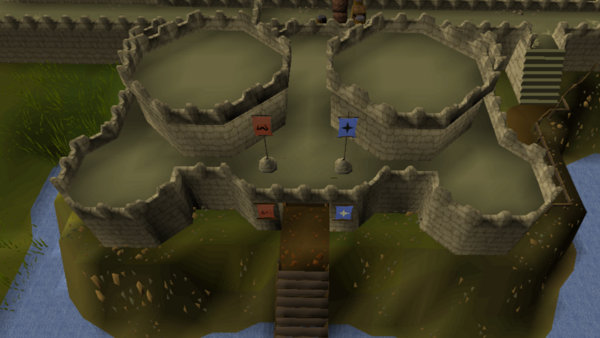 Back in November we proposed some Castle Wars tweaks in the Soul Wars and Minigames poll. Since then we've been in discussion with the Castle Wars community, and this week's update brings the following changes...

We recently showcased the progress we've made on the Clans system, and today we've got a quick update about Clan Halls. These are private areas just for your Clan, and can be accessed through a portal in the Hub.

We've got three options for their theme which are: 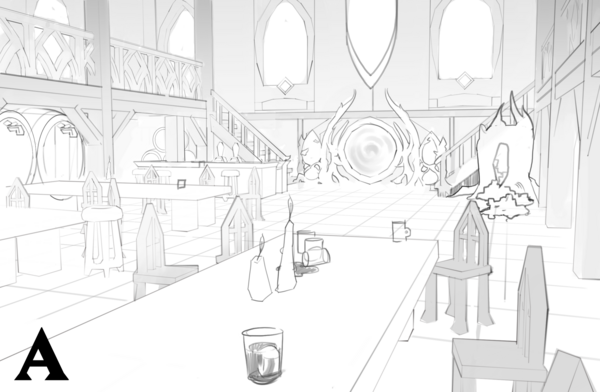 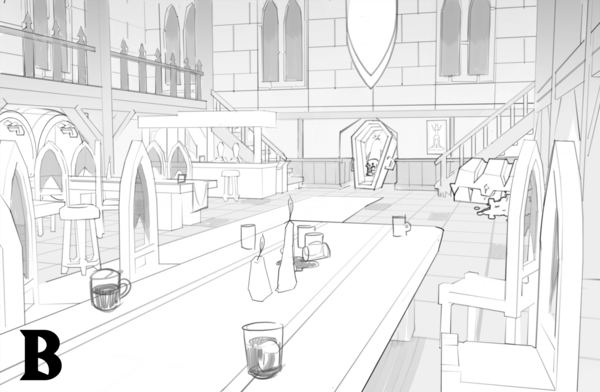 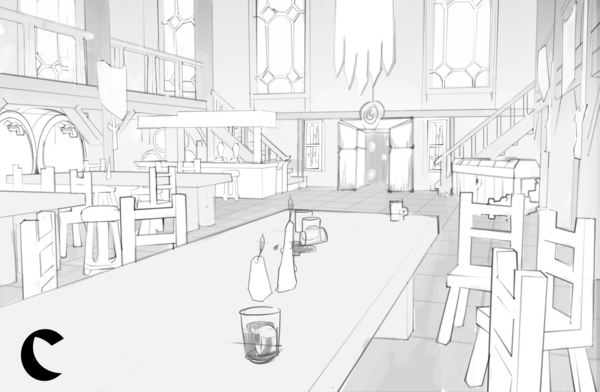 Which style will make it into the final Clans rework? That's up to you! We'll be opening an in-game poll shortly, so let us know your favourite.

We'll only be able to implement one of these themes for release, but that won't stop us adding more in future. This may include extensive customisation options for your Clan to unlock or buy.

In the preview blog, we also showed the Clan Hub, a small encampment where you'll form your Clan. We provisionally placed it in an unused corner of the Grand Exchange, along with the forthcoming gaming tables, since the GE is an existing social area that's easily accessed. Not everyone agreed with that location, though. As an alternative, we could place it south of Falador, like RS3 did. We're open to other locations for the encampment too - if there's a lot of support for a change, we can use the same in-game poll to see which is the most popular approach.

The Deluxe Edition is strictly limited, so you'll have to get your orders in by April 15th to make sure you snag your copy!

Thanks to the over 700 of you who have already taken the time to answer our PvP World Rota survey! We'd like to offer one last chance to have your say before we review the feedback. Tell us what you think about the PvP World rotation and future changes by clicking here.

The #SixJadChallenge competition is now closed and we want to say a huge thank you to everyone who participated! We'll be reviewing all the entries carefully and we look forward to announcing the winners in the near future.

Players may now opt out of dropping food and potions as a supply pile upon death, sending them to the gravestone instead. The new toggle is in the Gameplay tab of the Settings menu.

Special Attack energy will now restore when a player enters the new Jad challenge, dropping to the level it was at prior to entering.

The value of Zealot items has increased so that they will protect over all bones upon death.

A new setting has been added to optionally separate personal bests into hours.

The party in Lumbridge is over (boo) and the monkeys have returned to Ape Atoll! Our 8th Birthday event has now been removed from the game. See you all next year...