We're always tinkering with Old School, not least with our monthly Old School 'Ideation Days' where the J-Mods get busy pitching, designing and even prototyping possible new game content. In December's Gazette we highlighted a few of these pitches, and we explained the process in more detail last March.

The fruits of these endeavours have previously resulted in recreations of RuneScape adventures with a magical Old School feel. Seasoned players may remember our intensive work to recreate the Corporeal Beast (2014) and Grand Exchange (2015). Since then we've received additional support from our internal tools team making it much easier to essentially port game content from RuneScape to Old School. That's what led to Soul Wars!

Alongside Soul Wars, one of our J-Mods also set about trying to re-create Shooting Stars, which originally came to RuneScape back in 2008. Working on both projects side-by-side allowed us to learn as much as possible about backporting game content (especially as Shooting Stars spans most of the game world). Our recreations aren't simply like-for-like ports, though - as with the Soul Wars release, it's our intention to address any criticisms of Shooting Stars and resolve them in a uniquely Old School way. It's this Old School-ified version that we're hoping to poll soon and that journey continues with this blog!

We last spoke about Shooting Stars in September, outlining lots of Old School-friendly tweaks such as removing the daily aspect, rebalancing the rewards, adding more landing sites and throwing in some extra F2P elements too.

The same survey also mentioned the minigames Stealing Creation and Fist of Guthix, but the reason we're offering Shooting Stars now is because we've already got the game content working!

Most of the 6,000ish respondents (around 75.65%, to be exact) said they were interested in learning more, and in a Q&A livestream last week we were asked for an update. Having explained the headline changes we hoped to make, we then ran a short poll in the livestream chat, and the results looked very encouraging at 79% Yes! Coupled with the survey responses, it looks like the time is right to blog and poll Shooting Stars! 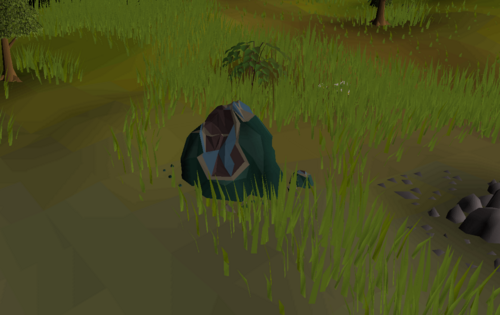 So, here's the concept in a nutshell: Shooting Stars fall on Gielinor and players are able to mine them for XP and rewards. Players use telescopes to figure out when and where they might land.

On every world, a Shooting Star will fall at a random spot selected from a predetermined list roughly every two hours (with a variation of up to 15 minutes to stop them being too predictable).

A Star (Hunter) Is Born

A lot of you will find Stars by just happening upon them on your travels. However, dedicated hunters can use the telescope in their Player Owned House to determine the rough landing location of the next one. Different telescopes will offer varying levels of accuracy.

Sounds easy? Actually, your telescopes will only point to the general region where a Star will fall, so you still need to find the exact spot. 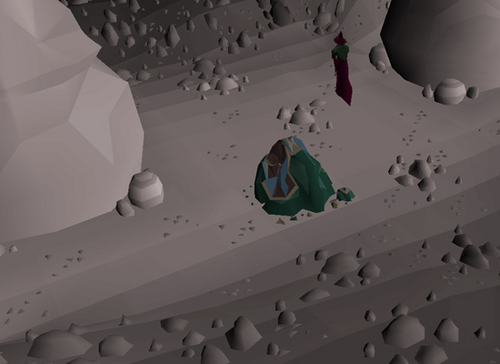 Here's a list of the assorted landing sites. You'll notice that a lot of them are near Banks or Mining spots - handy! We want this update to complement your gameplay as much as possible.

Shooting Stars was originally for RuneScape members only, but in Old School they will land on F2P worlds too. However, without access to a telescope, players will have to find Stars by chance. Additionally, Stars may still land in non-F2P areas on F2P worlds, rendering them out of reach.

Stars will offer 50% of the usual value (including the bonus for finding them) on F2P worlds, and as the Reward Shop is not available, XP will be the only benefit. However, Stardust (see next section) will still be given on F2P worlds. It's a good idea to save it up ready to be used should you ever decide to become a member!

Once a Star has landed, it is ready to be mined.

The bonus Mining XP for mining a Star in the original RuneScape was x75 - for balancing reasons we've lowered this for Old School.

The landing times of the last five Stars will also be listed on a board in the Observatory, along with the names of the players that found them.

Fallen Stars come in nine different sizes, and a Star can be any size when it lands. Each has a different Mining Level requirement calculated at the size x10.

Mining any Star will reward players with Stardust, an untradeable currency that can be used to purchase a variety of untradeable rewards. Each size can be mined for a different amount, and once depleted it will shrink to a smaller size. Every time some Stardust is mined, Mining XP is awarded.

In addition to all the lovely Mining XP, players can also use their Stardust to buy rewards! Dusuri, a Dwarf found in Falador just outside the Mining Guild will happily take your Stardust in exchange for items. He appears on both P2P and F2P worlds.

In RuneScape's original release, the reward system was very different. Players could only have up to 200 Stardust at once and could only trade it once per day. Our players aren't so keen on mechanics that make tasks feel like a daily chore, so the limit on Stardust has been removed and the old rewards have been replaced with a Reward Shop.

Items you can buy from the Shop are untradeable and include:

This ring will give a hidden Mining boost of +4 when worn. This stacks with other invisible boosts. It will also be chargeable with Stardust. Each Stardust will add one charge up to a max of 10,000 charges. When charged, the ring will have a 1/10 chance of giving an extra ore when mining, and this extra ore will reward the normal XP amount when mined. Extra ore can emerge at any rock where the Mining Skillcape has a chance of giving it. Every time ore is mined from a suitable rock, a charge will be lost from the ring.

These can be used on any piece of the Prospector Outfit to recolour it gold. 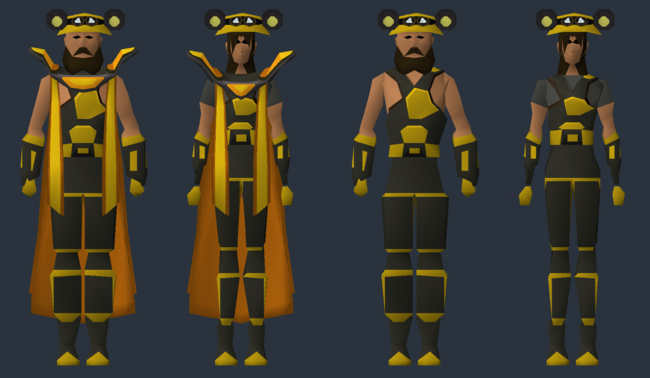 These will work the same as any other Bag Full of Gems.

These will work the same as any other Soft Clay Pack.

These are new items that will give 100 Pure Essence when opened.

That's Shooting Stars! We'd love to get your feedback. Based on what you tell us we'll be in a position to poll and release this content fairly soon. So please do share your feedback with us via our official forums, on the 2007Scape Reddit, or the community-led OSRS Discord in the #gameupdate channel.