Christmas is almost here and this year we are pulling out all the stops. F2P for anyone and everyone until December 31st, Diango's workshop, Santa vs Anti-Santa events and more!

As a little gift for you this Christmas we will be temporarily opening the F2P servers to everyone until the 31st December. There is no better time to tell your friends so they can join you this Christmas and take part in all the exciting events... or just take them into the Wilderness and do some PKing together. We want to give you something back after everything you have given Old School over the past 12 months.

Obviously, this will raise the question of the long term plans for F2P – the next few weeks of open access will help us see what happens when everyone can access the game in a free mode, and allow us to decide whether a permanent and full F2P option is viable for the future. We are still very much dedicated to ensuring that any F2P options can work for both Jagex, the game and the community. We'll let you know how it went in the new year.

As a precaution against the possible increase in bots during this offer, we will be removing the ability to catch lobsters on F2P worlds.

9 years since it originally launched, the Diango's workshop event is making a return. Diango is struggling to fulfill a toy order after hiring some hopeless pixies to help him. He needs you to lend him a helping hand to make sure that his mysterious client's order is filled.

There are 3 different activities that unlock 3 separate sets of rewards.

Diango needs you to create toy marionettes and deliver them to the mysterious client. After talking to Diango you can get started by asking Rosie the pixie, found in Diango's workshop, about making toys.

You can deliver up to 8 boxes of marionettes to the mysterious stranger, unlocking a total of 4 holiday hats by the end of this task. 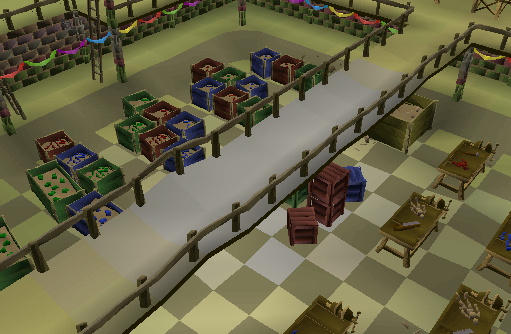 Rosie and the pixies need a helping hand with painting baubles. Have a chat with Rosie in Diango's workshop and she will run you through painting and packing up baubles.

You can deliver up to 8 boxes of marionettes to Rosie, unlocking a total of 4 holiday scarves by the end of this task.

The Christmas tree in Varrock is in need of decoration. 5 boxes of baubles should just about do the trick! Finishing off this task will get you a Santa suit, the 2013 Christmas rewards, the 2004 yoyo and two of all tradeable Christmas rares.

Anti Santa has been spotted in Falador plotting and looking menacing while trying to find players to help him. He needs you to help fulfill his coal-giving dreams.

Head over to Eastern Falador and talk to Anti Santa to get started. For every day that you bring him what he asks he will reward you with a piece of his attire. Once you have the full set you will instead be rewarded with Christmas crackers.

Over the course of the holiday we are going to be hosting a bunch of livestream events and will be distributing masses of party hats and santa hats. If you are wondering about the specifics of the streams, wonder no more... These are the dates and times we will be streaming:

We will be spawning Anti Santa and Santa to have them battle it out. You will be able to join in and help out your chosen Santa with the loser exploding into a mass of Christmas loot. Make sure you come along to get your hands on some of the crackers and party hats and to help your Santa of choice take the win.

Oh, and don't forget to keep an eye out on Twitter over Christmas. You might see a #SantaAlert pop up and be able to grab yourself a handful of goodies out of the blue! 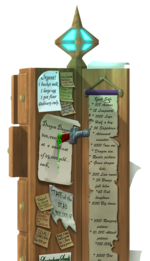 We have made some quick tweaks to the Trading Post to resolve some of the snags that players raised since it was released last week. The following changes have been made:

We've also increased the average value of each kill to be roughly 50% higher (based on current prices). Most of the drops remain unchanged with some of the lower value loots replaced with new, more valuable drops. Elite clue scrolls have been made twice as common.

With the increased value of loot and some help to make your trips longer, the Kalphite Queen should be much more rewarding.

Throughout November we opened up the Well of Goodwill, allowing players to turn their in-game wealth into real-world charitable donations to three excellent charities. Over the course of the month the Old School community managed to donated over 10 billion coins, equating just over $10,000 for charity. Thank you to everyone that donated or encouraged others to do so.

As promised, to reward the generosity of the community, we have released the supreme leader haircut. Head over to Falador to get your hair done.

We recently ran a competition allowing players to submit their designs for the Old School Christmas log in screen. After receiving a huge number of submissions we have decided the winner.

Congratulations to Woober who submitted the winning design!

There were many, excellent entries however we felt that Woober clinched it by thinking out of the box with his distinctive design. Thank you to everyone who submitted designs, it was excellent to see the talent that so many members of the Old School community possess.

The snake boss name competition has also now closed and we have narrowed the names down to a final 6. You will be able to vote for your favourite to decide the final boss of the snake later on today.