The Fishing Guild expansion has arrived, and with it comes questionable puns and Australian stereotyping. There are also some new quality of life features for the Deadman Autumn Season!

The second of our guild expansions is here! A new method of fishing can be found on a newly constructed platform, accessible via the northern-most platform in the Fishing Guild. Along with the new method of fishing there is also an invisible +7 boost to your Fishing level. This boost is present throughout the entire guild, and it will stack with the Dragon harpoon. 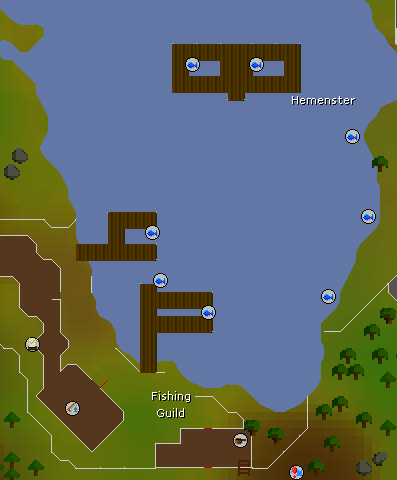 If you head along to the northern-most platform of the Fishing Guild you'll encounter Kylie Minnow. She's having a spot of bother catching the minnows found within the enclosure on the lake. If you offer to help she'll transport you to the new fishing platform where you'll be able to fish for minnows. Fishing for minnows is a new click intensive method of obtaining sharks through the fishing skill. Kylie Minnow will trade raw sharks for minnow at a ratio of 1:40. 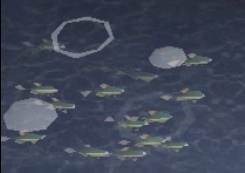 Minnow fishing, which is possible from the new platform in the Fishing Guild, has the following requirements attached to it:

Minnow are caught with a small fishing net at a very fast rate and will stack within your inventory, however the location of the fishing spots move at a fast pace, and there is also the threat of flying fish to contend with. Flying fish will appear randomly within the fishing spots and will consume your minnow at a rate of 16-26 minnow with each jump.

With such hefty requirements, and a need for constant attention, fishing minnows are suitably rewarding: 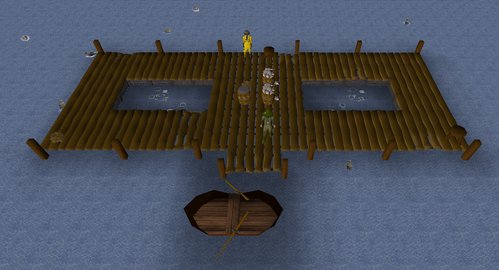 The Deadman Autumn Season is underway and approaching the end of its first week! Saturday 8th 00:00 UTC will see the implementation of 6 hour immunity for new players, the automatic completion of quests, and the unlocking of Ancient Magicks!

Familiarise yourself with the rest of the new seasonal content changes and then fight for your lives! Remember that the top 2000 players will be entered into the tournament, to be held at RuneFest!

Arriving today are a few helpful visual indicators to aid your Deadman experience. With today's update you'll now be able to see just how far you are from reaching the combat XP cap. Simply hover over the Deadman skull to see!

There's also a new handy tooltip which shows how much XP you have left to regain in the (unfortunate) event of your demise and consequent loss of XP. Remember, there is a 50x rebuild XP rate when regaining lost XP.

The five Deadman Seasonal worlds are: