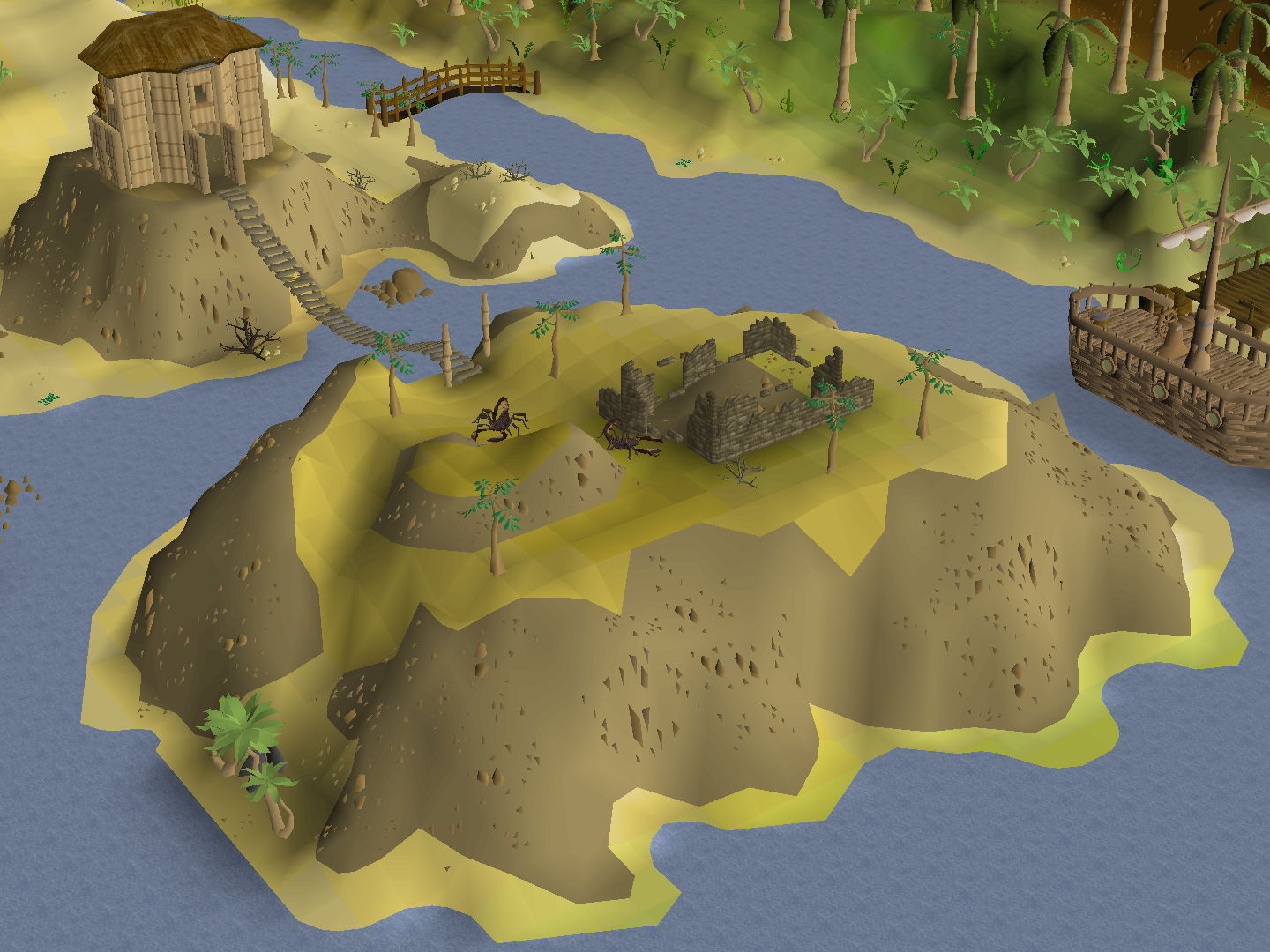 Cairn Isle is an island on the southwest of Karamja, south of Tai Bwo Wannai and west of Shilo Village. To access the island, player must climb a rockslide at the Karamja side (requires 15 Agility), and then walk across the wooden bridge linking up the two islands. If the player tries to run across the attempt will almost always fail, washing the player back to Karamja if occurred. The player will sustain approximately 15 points of damage upon failing. It is advised to bring food if determined to make it to the island.

The isle is involved in both Tai Bwo Wannai Trio and Shilo Village quests. One of Timfraku's sons, Tinsay, resides in Cairn Isle before the player convinces him back to the village in Tai Bwo Wannai Trio quest. Rashiliyia's son Bervirius is also buried on the isle.

Exploring Cairn Isle is an easy task in the Karamja Achievement Diary.