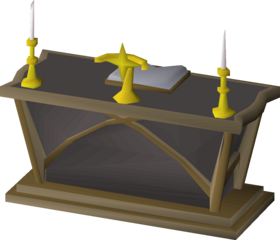 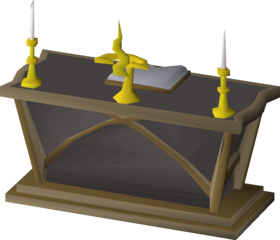 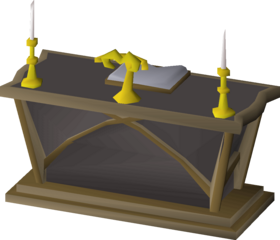 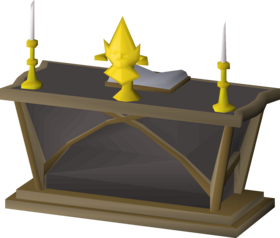 A teak altar can be built in the Altar space of the Chapel in a player-owned house. It requires 50 Construction to build and when built, it gives 360 experience. The player must have a hammer and a saw in their inventory to build it.