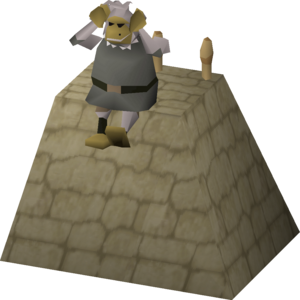 Kikazaru is one of the three wise monkeys who reside in the Temple of Marimbo. He interacts with the player as one entity with Mizaru and Iwazaru, and they help players during the Monkey Madness I quest and Freeing King Awowogei subquest of Recipe for Disaster.

Kikazaru is deaf, but he overcomes his disabilities by co-operating with the other wise monkeys and communicating via sign language with them.