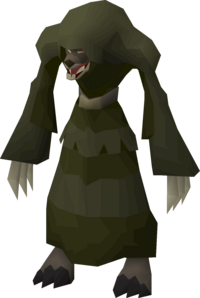 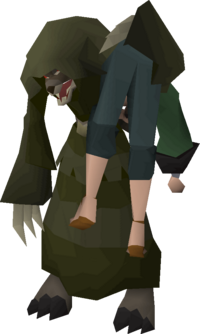 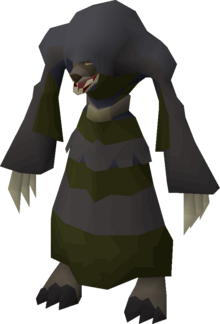 The two shadowy figures are werewolves, who have somehow managed to cross the blessed River Salve and are featured in a cutscene during the Darkness of Hallowvale quest. They are hunting humans to appease the blood tithes of House Drakan.

An adventurer, tasked by Drezel to confirm the source of a "strange sound", finds an unconscious man in some nearby bushes. The pair knock the adventurer out, and argue about not hiding the man properly. One of them wonders if they should capture the adventurer, but the other declines as it would look "suspicious", and the two leave with the man in tow. They are not seen afterwards. 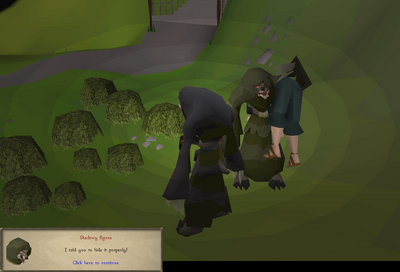