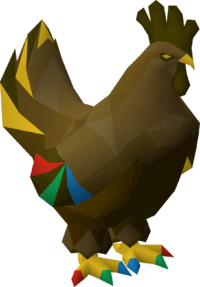 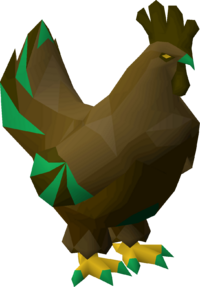 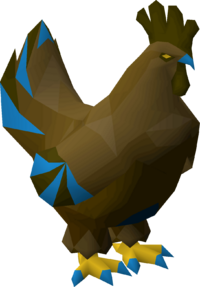 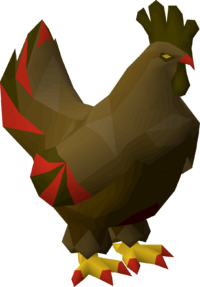 The Colossal Chocco Chicken was a boss fought during the 2018 Easter event and the 2019 Easter event. The first time it is fought, it took the colour of the idol that the player picked during the event, and could only be fought solo. After the event, the chicken took on a rainbow-coloured appearance and could be fought by groups of players simultaneously. Unlike most monsters, the Colossal Chocco Chicken did not have a combat level.

In addition to being able to be attacked with normal weaponry, the chicken could also be damaged by chopping the support beams, mining the support columns, or burning kindling underneath him. These 'attacks' dealt far more damage than normal attacks.

Unlike most monsters, the Colossal Chocco Chicken dropped a very large amount of items in a large area.