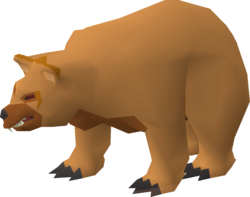 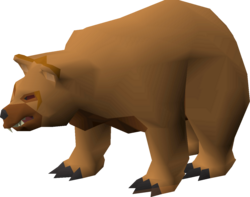 Angry bear is a monster that appears during A Soul's Bane quest, or afterwards, in Tolna's rift.

During the quest, it can only be killed with Anger spear, and is very easy to kill, because the spear hits often more than 100. The player does not get any experience from killing it, however, it will fill up the "rage" gauge.

After the quest, it can be used to train combat. Despite being a bear, it does not count towards a bear Slayer task.