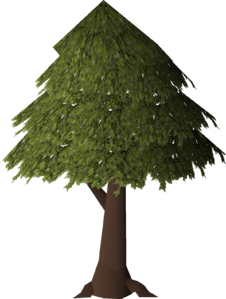 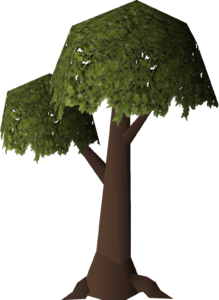 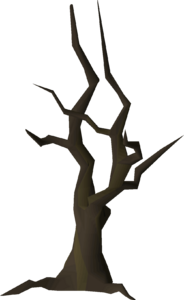 Trees are a type of scenery found on Tutorial Island, which can be chopped down to obtain logs. The types of tree found here have a darker bark than other trees found across most of Gielinor. There are three varieties of regular trees on Tutorial Island: a double canopy tree with round leaves, and a single canopy with a pointy tip, and a dead tree.

Trees can only be cut during the Woodcutting section of the tutorial. Attempting to chop down a tree before this will print the message You cannot cut down this tree yet. You must progress further in the tutorial. After the first gate is passed, further attempts to chop down trees will print the message Perhaps you've done enough woodcutting now. Only the double-canopy variant is found before the gate, so the single canopy and dead variants are impossible to chop down.