From Old School RuneScape Wiki
(Redirected from White tree)
Jump to navigation Jump to search
The RuneScape Wiki also has an article on: rsw:White Tree patch
This article is about the tree planted during the Garden of Tranquility quest. For the near-white coloured tree in Darkmeyer, see Blisterwood Tree.
White Tree patch? (edit) 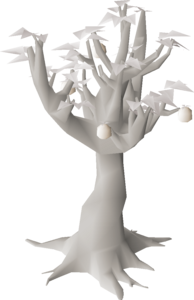 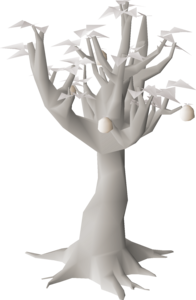 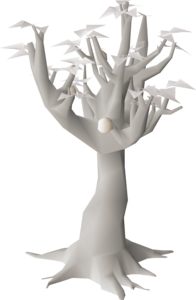 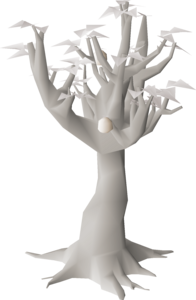 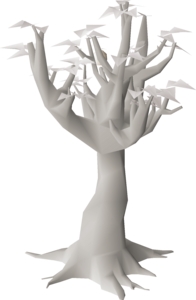 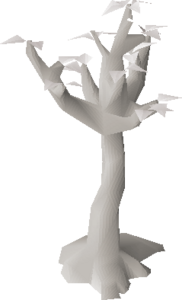 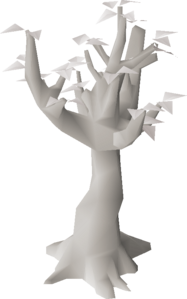 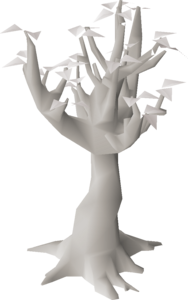 White Trees are a very rare species of tree in Gielinor. During the Fourth and Fifth Ages, they were nearly driven to extinction.

White Trees, amazingly, survived the God Wars, despite the massive destruction that covered the world at the time. Some speculate that this is because the wood cut from the trees is comparatively weak to other, more readily available wood types, and as such served little purpose in war engines.

During the Fourth and early Fifth Ages, White Trees were somewhat common, making them extremely popular in furniture and construction amongst the wealthy. The massive demand for this wood led to the species' near-extinction.

In the Year 169 of the Fifth Age, the only known White Tree survived atop Ice Mountain. However, having lived for hundreds or perhaps even thousands of years, it was nearing death.

During the Garden of Tranquillity quest, players cut a shoot from the tree with secateurs, effectively killing it. However, they then plant it in the garden outside Varrock Palace, where it grows into a new, fruit-bearing tree. This action saves the tree from extinction.