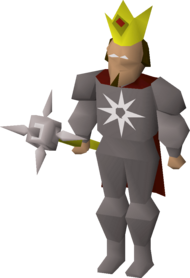 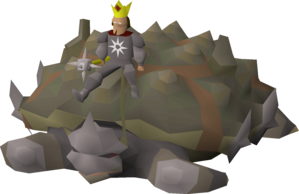 King Healthorg the Great was the king that lead the gnomes through their golden age. He was glimpsed during a cutscene in The Eyes of Glouphrie. He won numerous battles, and also defined some crucial moments in gnomic history, such as the Battle of Atarisundri, in which the king managed to use his mage, Glouphrie the Untrusted, to fool their innumerable goblin enemies into thinking the gnomes had an army of tortoises, though they had only one, Mibbiwocket, that the king rode during the battle. This allowed the gnomes to secure a victory with no loss of life on either side, though his efforts seem to have been somewhat in vain, and after his death, the gnomes' great age came to an end, along with the end of the Fourth Age in Gielinor. 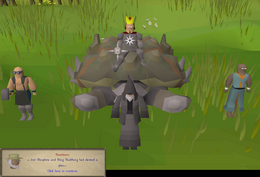