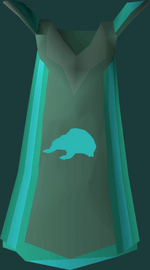 2020's April Fools was a minor event that involved a Developer's Blog for a new skill, Pet Ranching, on the Old School RuneScape website.

Players would start off the new skill by choosing between three pets from Professor Magic Tree, a reference to Pokémon and Pokémon Professors which all have a name referencing some type of tree or plant. A Daycare Centre, Pet battling and Pet raids were also proposed along with many additional features.

Other changes would grant players 1 level up in any skill by eating Purple sweets, make quest dialogue appear one word at a time, and add a new item called 'XP Share' which players could bind to any skill to receive halved XP into Runecrafting.