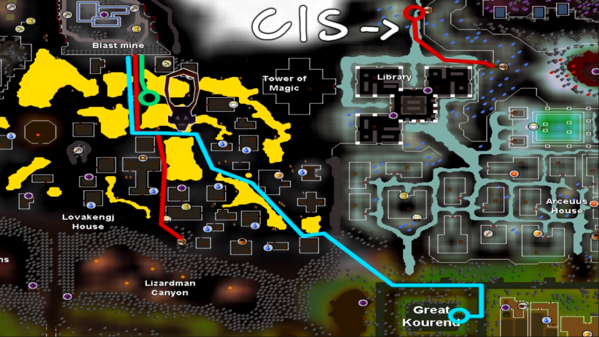 Getting to the blast mine.

The Blast Mine is located in the northern section of Lovakengj, requiring 100% Lovakengj favour. At level 75 mining Blast Mining becomes a lucrative money making method, as it allows the player to acquire Runite Ore in addition to ores up to Adamantite. Players should expect to be able to use around 300 dynamite an hour, or more with higher concentration. See the Blast Mining page for effective strategies.

The following rates are based off of Jagex's estimated experience rates, based on the news article written on 14 January 2016.

It should be noted that this large increase in profit is a result of gaining access to runite ore at level 75 - 10 levels lower than normal, a perk of using the Blast Mine.