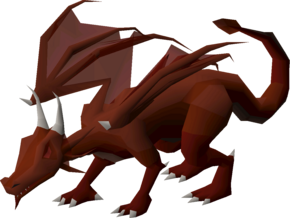 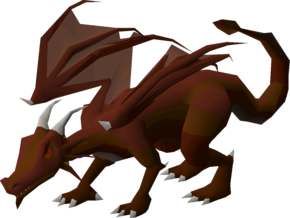 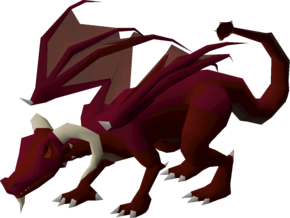 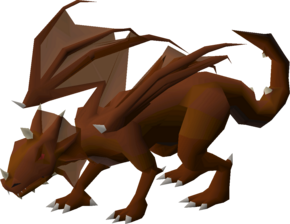 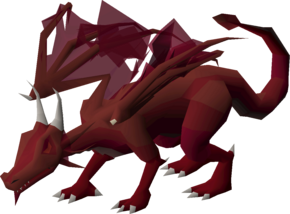 Red dragons are second-to-most powerful of the adult chromatic dragons. As with all adult dragons, an anti-dragon shield and/or antifire potion is essential when fighting them to mitigate damage from their dragonfire. The red dragonhides and dragon bones that they drop are worth substantial amounts of money.

The ability to be assigned red dragons can be purchased for 50 Slayer reward points. Once unlocked, they can be disabled, but players must spend another 50 points to unlock them again. Killing brutal red dragons in the Catacombs of Kourend will also count toward a red dragon task. One Red Dragon is fought during Dragon Slayer II.