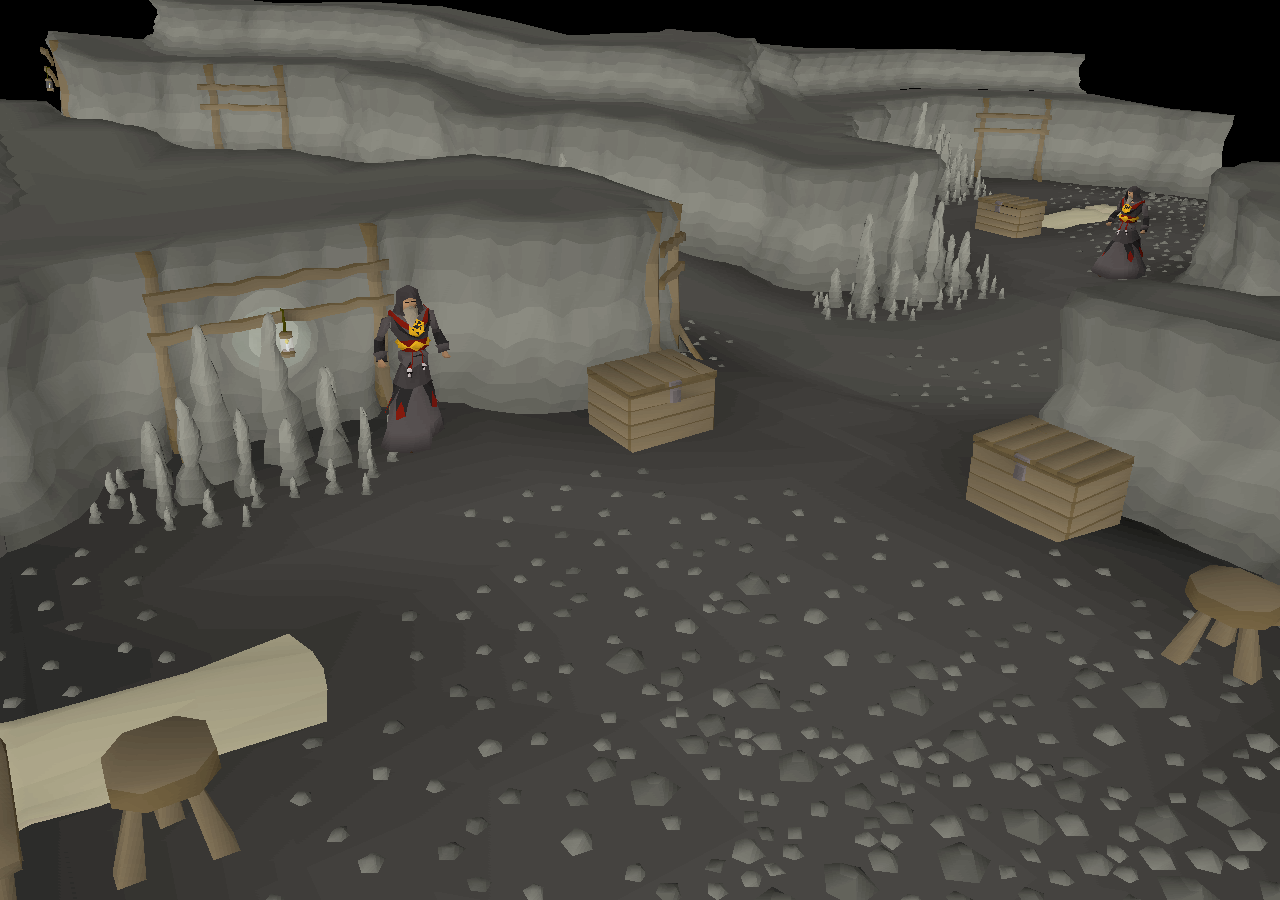 The Tunnel of Chaos can be found after the What Lies Below quest. The entrance is east of Varrock, under the Saradomin statue that's just south of the bar west of the saw mill. A bronze pickaxe is needed to excavate the statue. If any other pickaxe is used, Anna Jones nearby will stop the player from excavating.

The location to the tunnel of chaos

It is also the safe shortcut to the Chaos altar for Runecraft which avoids the Wilderness. The portal is at the far north-west end of the tunnel and requires a Chaos talisman or Chaos tiara in order to pass. The portal leads to the second level of the Chaos Maze. Head west to the ladder that you can climb down. Lastly, walk east to reach the altar.